With over 30 years combined web design and development experience, Kraig and Thomas are designers who have seen plenty of fads come and go. We understand what it takes to make your website one that will stand the test of time, while still allowing for the growth that only a very strong understanding of the fundamentals of design, user experience, and clean, semantic code can ensure.

Kraig was born in Turlock California. Introduced to art at a very young age by his father who taught him sketching, oil painting, sculpture and woodworking. The family business was a construction company where he learned drafting and creating artistic elevation details at a young age.

In the mid 90s Kraig lived in Venice Beach, CA and worked for a high-end custom metal working and design company in the Malibu area. It’s at this time that he became involved in the marketing of the company and was tasked with learning how to harness this new marketing tool people where talking about, the World Wide Web (people actually called it that). It was then that he became fascinated with the creating, the now primitive, but high-tech websites of the mid-90s.

A lot has changed since the 90s but Kraig has stayed up with the ever-changing technologies and web standards. Being a professional web designer requires constant learning and adapting as new technologies emerge.

Kraig’s goal is to help clients develop effective websites that serve as a profitable extension of their company. 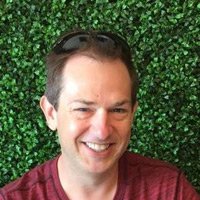 Thomas was born and raised in Modesto, CA. Always interested in art (especially comic book style illustration), he moved to Arizona and earned a degree in Graphic Design. He has been working in the web since 1997 and during that time, has owned a successful online retail store that was later sold as his interests were shifting and he wanted to get deeper into web development. The next few years were spent at a Web Hosting company where he worked advanced level support which helped cement his knowledge in how all the various parts of the internet work together.

During those same years, Thomas began working side-projects learning the art and science of web design and web development.

Thomas moved to Murphys, CA in Calaveras County and began working full-time Web Design & Developer since 2007, while working at Clarke Broadcasting in Sonora, CA, and has worked on numerous website projects, both large and small.

Thomas’ goal is to make each project better than the last. He strives to be the consummate professional and to use cleaner, faster, and more semantic code, that meets strict accessibility guidelines for each web development project. Read Articles written by Thomas